Police Tell Victims To Solve Crimes By Themselves 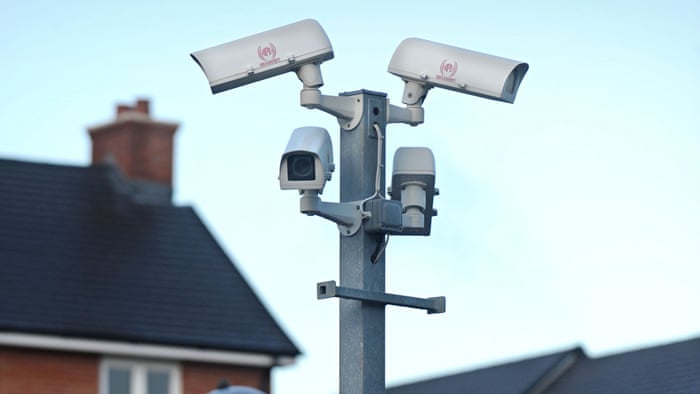 Police telling victims to solve crimes by themselves
Watchdog concerned about ‘surprising’ trend for DIY approach to offences such as car crime and criminal damage
CCTV security cameras in a residential area
Some police forces are telling crime victims to carry out their own investigations by taking steps such as checking for CCTV images or speaking to neighbours. Photograph: Alamy
Alan Travis, home affairs editor
Thursday 4 September 2014 00.01 BST
Share on Facebook Share on Twitter Share via Email Share on Pinterest Share on LinkedIn Share on Google+
Shares
2,690
Comments
851
Save for later
Crime victims are increasingly being told by some police forces to carry out their own investigations by speaking to neighbours, checking for CCTV images and seeing if their stolen property has been put up for sale on secondhand websites, the official police watchdog has warned.

Her Majesty’s Inspectorate of Constabulary says that for some high-volume types of offences, such as car crime, criminal damage and non-residential burglaries, this “DIY” approach to tackling crime is an “emerging trend” among some forces. They warn that in areas where the police have given up investigating these offences, they are “on the verge of being decriminalised”.

The HMIC’s report on the use of police time says that in too many cases once the victim had been asked to carry out their own investigation by police call handlers, the crime report was filed away without any further contact with the victim.

“Her Majesty’s Inspectorate of Constabulary finds this expectation by these forces that the victims should investigate his own crime both surprising and a matter of material concern.

“The police have been given powers and resources to investigate crime by the public, and there should be no expectation on the part of the police that an inversion of that responsibility is acceptable,” says the report published on Thursday.

Inspector of Constabulary, Roger Baker, who led the inspection, said: “It’s more a mindset that we no longer deal with these things. Effectively what’s happened is, a number of crimes are on the verge of being decriminalised. So it’s not the fault of the individual staff – it’s a mindset thing that’s crept in to policing to say, ‘We’ve almost given up.'”

He added: “When a crime has been committed, it’s the job of the police service to go and find out who’s done it and bring them to justice. They’re the cops and we expect the cops to catch people, and my proposition to you is that unless you’ve got the powers of Mystic Meg or something like that, you not turning up and using your skills … it’s going to be mightily difficult to bring people to justice.”

The report concludes that police desk-based investigations of crime are failing to serve the public and mean “little or nothing more than recording a crime without taking further action. The HMIC investigation found that it is still policy to send an officer to attend all reports of crime in only six of the 43 police forces in England and Wales. In the other 37 forces a call-handler uses set criteria to assess whether somebody should be sent.

The watchdog says it is unacceptable that its investigation found nearly half the police forces were unable to provide any details of the reported crimes their officers had attended and that a third were failing to identify repeat and vulnerable victims when they rang to report an incident.

Baker said that it was only by fully understanding how they use their staff that police forces could ensure that they were efficient and responsive: “We found that this vital element of evaluation and analysis is still lacking in the majority of forces, with fewer than a quarter of forces investigating demand in order to prioritise and organise their workforce. In this age of austerity it’s more important than ever that forces understand how to prioritise their resources.”

Irene Curtis, president of the Police Superintendents’ Association responding to the report said forces had made significant efforts to protect the frontline in the face of cuts but it appeared “some of the basic functions of policing appear to be slipping through the cracks in some areas.” She said: “The public and victims of crime in particular deserve the highest standard of service from the police, wherever they live, so it’s important that these issues are addressed and forces must learn from the many examples of good practice highlighted in the report.”

This site uses Akismet to reduce spam. Learn how your comment data is processed.